If the secondary hood latch corrodes causing the latch to be stuck out of position, and the primary hood latch is not engaged, the hood could unexpectedly open while driving, increasing the risk of a vehicle crash.

General Motors LLC (GM) is recalling certain model year 2013-2015 Chevrolet Spark vehicles manufactured January 17, 2012, to July 29, 2014. The secondary hood latch may prematurely corrode at the latch pivot causing the striker to get stuck out of position, preventing it from properly engaging the hood latch.

GM will notify owners, and dealers will replace the striker with a new part which has superior corrosion protection, free of charge. The recall began on January 7, 2015. Owners may contact Chevrolet customer service at 1-800-222-1020. GM’s number for this recall is 14456.

Check if your Vehicle has a Recall

General Motors has decided that a defect which relates to motor vehicle safety exists in certain 2013-2015 model year Chevrolet Spark vehicles. The involved vehicles were manufactured with a secondary hood latch that may prematurely corrode at the latch pivot causing the striker to get stuck out of position and preventing the striker from properly engaging the hood latch. If the secondary latch corrodes causing the striker to be stuck out of position, and the primary latch is not engaged, it is possible that the vehicle’s hood may open unexpectedly. If the hood opened unexpectedly while the vehicle is being driven, the driver’s vision will likely be impaired increasing the risk of a vehicle crash.

Dealers will replace the striker with a new part which has superior corrosion protection.

On March 24, 2014, GM Korea received a report of three incidents of secondary hood latches corroding prematurely on Chevrolet Spark Vehicles in the United Kingdom. In two of these three incidents, the vehicle hood opened while the customer was driving.

Between March 24 and September 18, 2014, GM conducted a root cause investigation. On May 7, 2014, GM learned of an additional incident of a hood opening on a Chevrolet Spark while it was driving, which occurred in Denmark. During its investigation, GM discovered that the suspect secondary hood latch failed a 10-year component level corrosion test conducted in November 2013. As a result of that earlier failure, GM began investigating the cause of the secondary latch failure in November 2013. By February 2014, GM determined that the anti-corrosion coating applied to the secondary hood latch was deficient and did not meet GM’s requirements. At the time of the failed test in November 2013, all secondary hood latches were coated with an “ED” coat (electro deposition of zinc phosphate) rather than the required “MFC-A” coat (e.g., a phosphate and oil based corrosion protection coat). The change to MFC-A coating was implemented on July 31, 2014.

GM’s investigation revealed 10 warranty cases in the U.S. with premature corroding of the secondary hood latches. 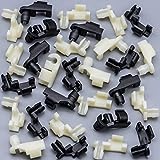 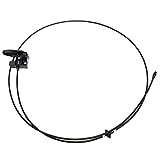 This product was presentation was made with AAWP plugin.


OEMDTC is a participant in the Amazon Services LLC Associates Program, an affiliate advertising program designed to provide a means for us to earn fees by linking to Amazon.com and affiliated sites.
Share to...
BufferCopyEmailFacebookFlipboardHacker NewsLineLinkedInMessengerMixPinterestPocketPrintRedditSMSTelegramTumblrTwitterVKWhatsAppXing